Ripple tank experiments are not really class practicals, they are usually demos, but we do a block of work on Waves in Y8 and again in Y10 and so I wanted some practical work to go with it. The fact that the GCSE has a required waves practical that is really only a demo added impetus to my thinking.

I started with the classic AQA A level ISA experiment (PHY-3T-Q09) where multiple crossings of a gratnells tray are timed and the waves’ speed is calculated, and tried to build something from there.

By adding clockwork dippers made from chattering teeth toys to make a wave train, we got a set of practicals that work quite well. However, the match between the measured wave speed and calculated wave speed from the wave equation is far from perfect. I think there are probably two reasons; the dipper frequency varies quite a lot (we could extend things by getting students to measure their own dipper frequency instead of demoing the measurement of one, as has been our practice so far), and I have a suspicion that the single waves do actually run a bit faster than the wave trains made by the dipper. 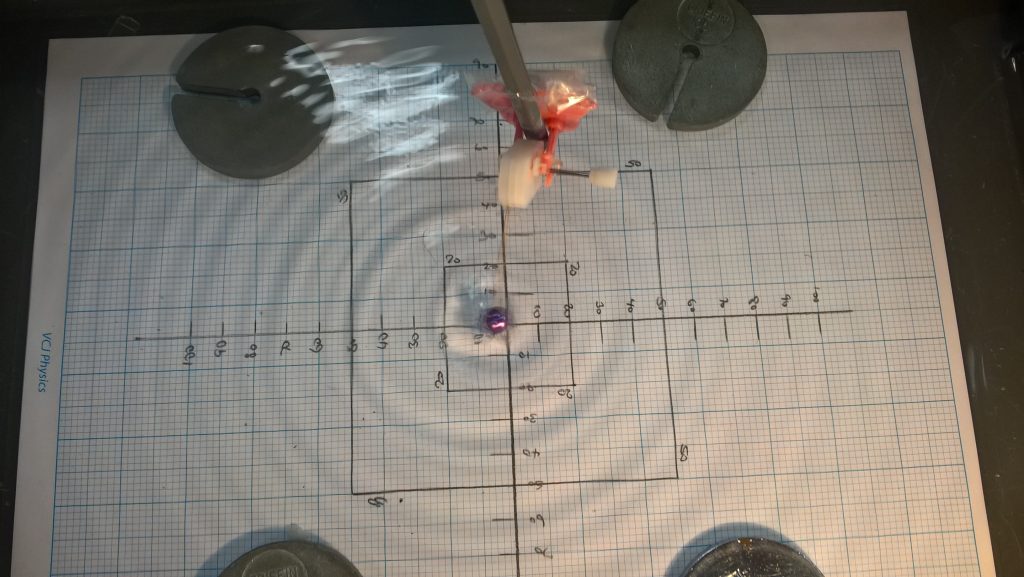 The worksheets (follow the link below) are for four or five lessons and are deliberately tough. We leave higher groups pretty much to their own devices with them and give more help to lower groups. We’ve tried it with several groups now and think it has some value.

I’ve left in the notes for the two speed of sound experiments, which we only do, a bit later on in the course, if we have time.

If more of us take this up then I am hoping someone will have a good idea for making a more reliable dipper, or even get someone to manufacture one.